I have been mentally spring cleaning of late removing things from my life that make me unhappy, be it people, practices or things.  After the cancelleation of Invasion by Warhammer World my hatred for the Daemons; that had taken up a large chunk of my time I had originally allocated to working on my Reaver Titan, has led to me sell them making a massive loss just to get the negativity out of my life, negative thoughts make for an unhappy Dee.

My good friend Peter Bell was giving off vibes of being interested in doubles and gaming in general for a while now so i thought I would ask him if he fancied it and low and behold yes, and a doubles army was born.

1500 points worth of marines split 50/50 shouldnt be too hard to do Pete running with Imperial Fists and I with the Exorcists, fell in love with them after reading through the Badab War book from Forgeworld.

But in true form with me and marines, when I start I cannot stop, just love the little plastic wankers....so one thing led to another and I have built more than I intend to use for the doubles but allows me to field an totally independend army myself and as I will be painting all the power armour at once with an airbrush made sense to me to get as much up and running to save time, I can paint the armour and then to the details on none doubles models as and when I feel the need/have the time

I spent a while umming and arring about what chapter tactics to use as the Exorcists are blessed in that they are an unknown founding and not restricted to a particular founding chapter....world is their oyster and all that.  Another friend Andy suggested Ultramarines, at first I diregarded it as lunacy and an attempt to "poke the bear" as I hate blue and the Ultragimps, but he was dead serious and the more I looked into it the more I liked the idea, great special characters that with a little alteration almost slot perfectly into the chacters knocking about in the fluff for the Exorcists (Well Cheif Librarians Tigurius and Sabazius are a perfect fit in my opinion), very diverse Chapter Tactics that allow a fair amount of tactical flexability,  best bit, if it doesn't work I can choose something else :D

My part of the doubles consists of

So far i have managed to build this 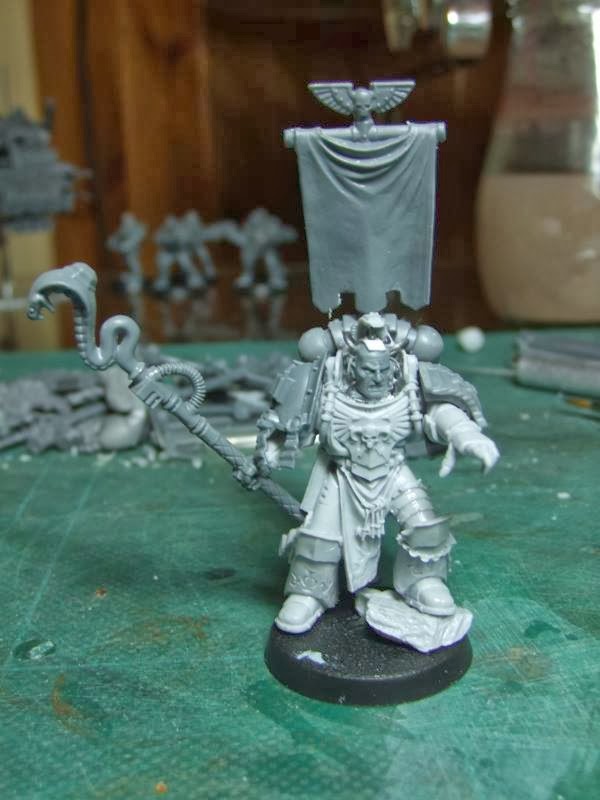 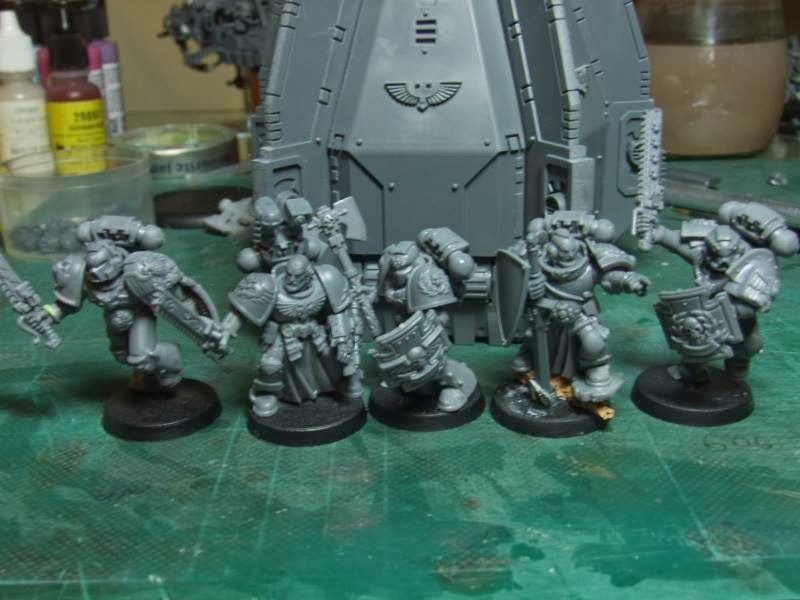 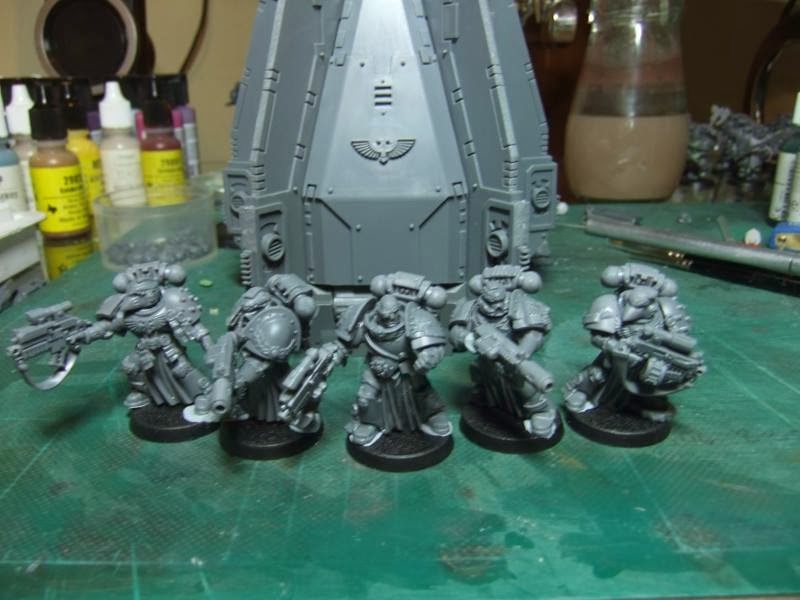 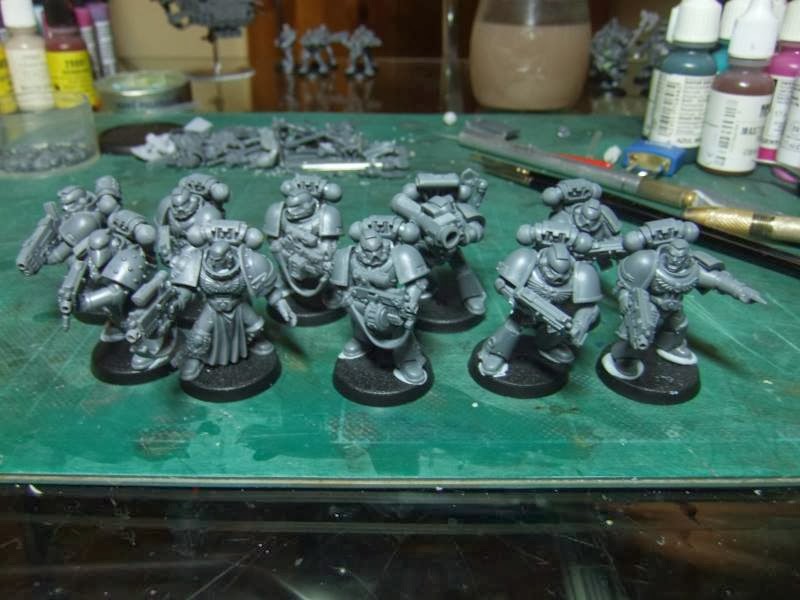 Other than that I found a few bits knocking about in my collection such as 5 scouts.......which with a purchase of a land speeder storm resulted in this 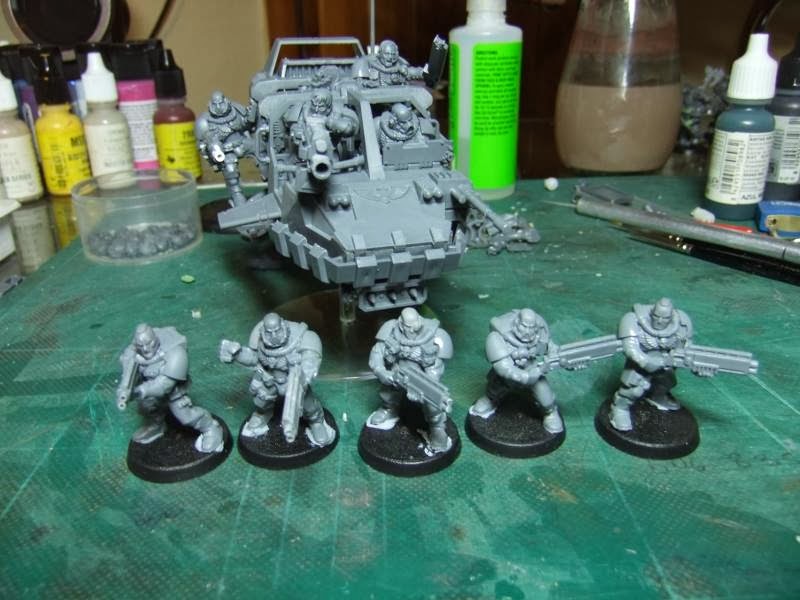 And after using the Red Scorpion Libarian Loth to make Sabazius I was left with loads of left over torsos from his honour guard which are lovely, which led to to building an Honour Guard of my own......it's an addiction i tell you! 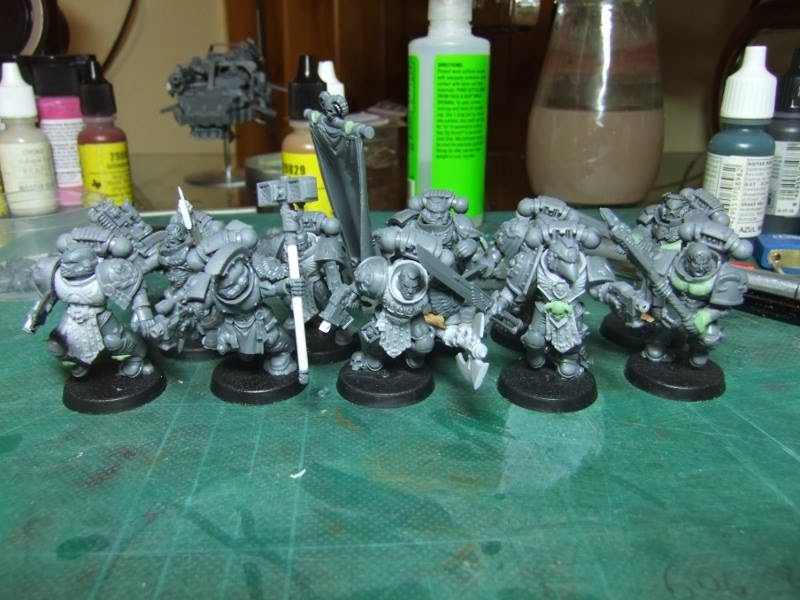 I have finished Black Flag and finally I can resume life........

As such brushes have been lifted once more and they are not as heavy as I thought they would be, and paint has been applied in a manner that might indicate it was planned, that might all be in my head though. Moving in the right direction once again :D

Let the painting frenzy begin!
Posted by Mrdee at Wednesday, January 29, 2014 No comments:

Progress on the bust has been rather slow over the holiday period due mainly to the Steam Sales.....

and then as a result Assassin's Creed

and then by association Assassin's Creed Black Flag

But there has been a little progress 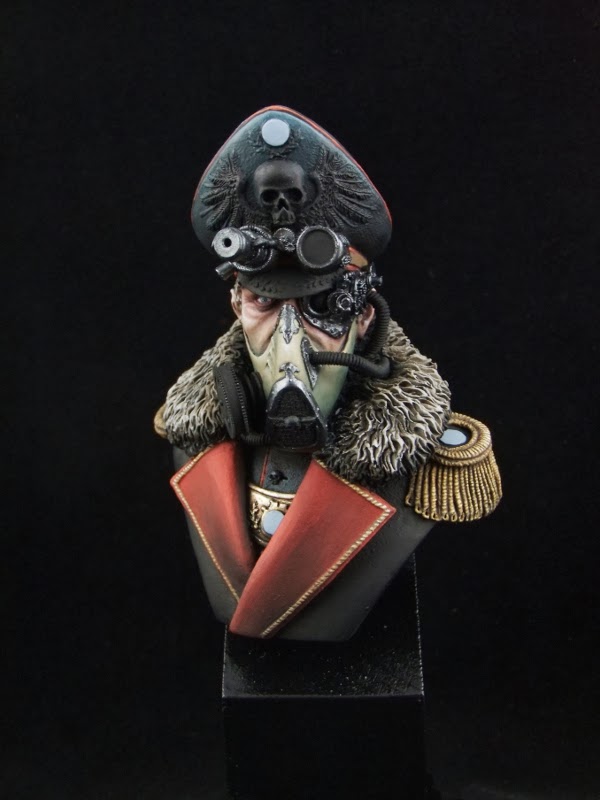 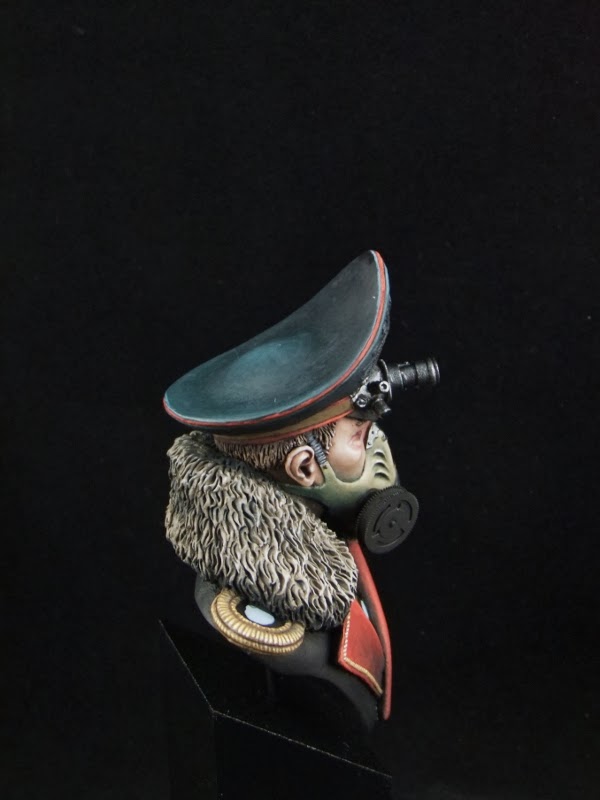