Fulfiling my Space Marine addiction I have built more stuff!

I have decided to make my own assault cannons.  I got my friend Gert D'Hollander to draw my up some barrel guides in CAD and then sent them to a brass etch compnay and got an A4 sheet of them done, now this is not cheap at all but the results are great.

All you need is three of the guides, and then 6 2.5cm long barrels (length varies on what your own personal taste).  Super glue one barrel on the gun housing (plastic body) then drill holes into the plastic where the holes are.  Then insert the barrels into these holes.  Finally slide on 2 barrel guides one half way down the barrel and 2 at the end about 5% on. 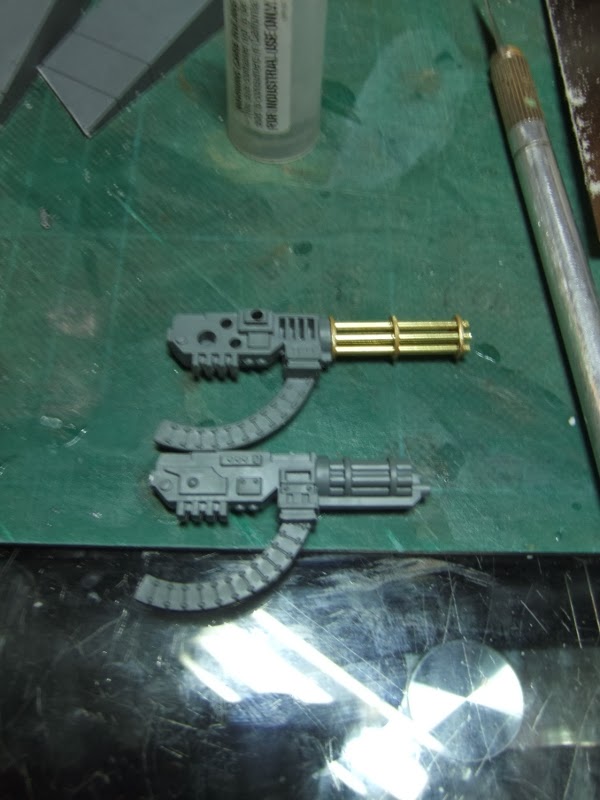 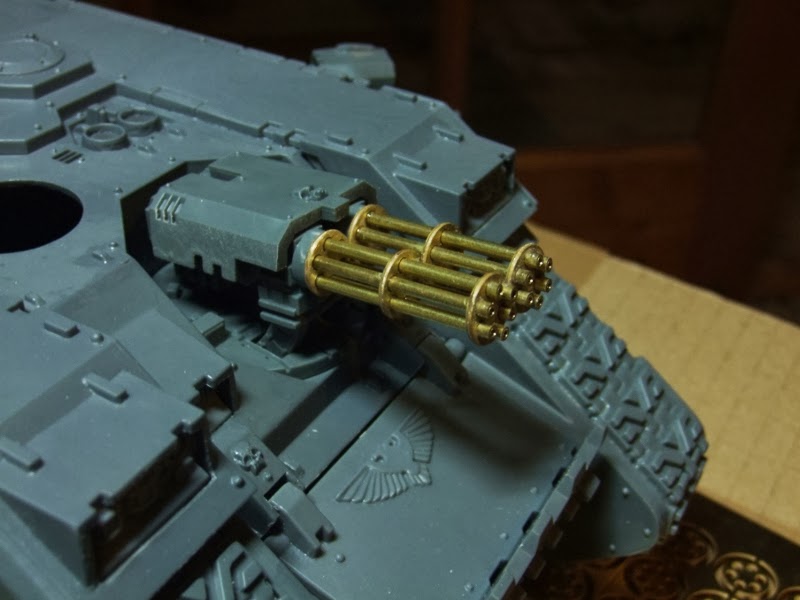 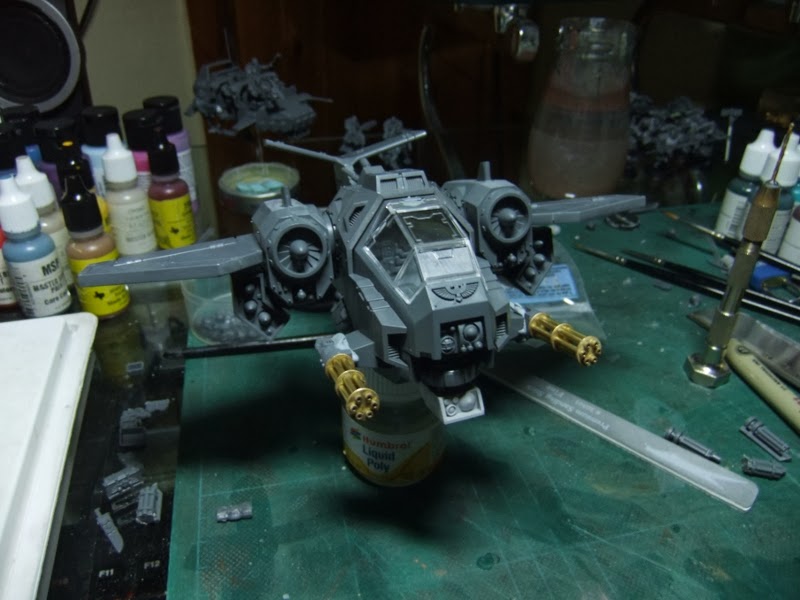 The Stormtalon has been further converted with slightly extended wings relocation of the missile launchers under the wings and then assault cannons where the missiles used to be.

I have also made a start on my "counts as" Calgar 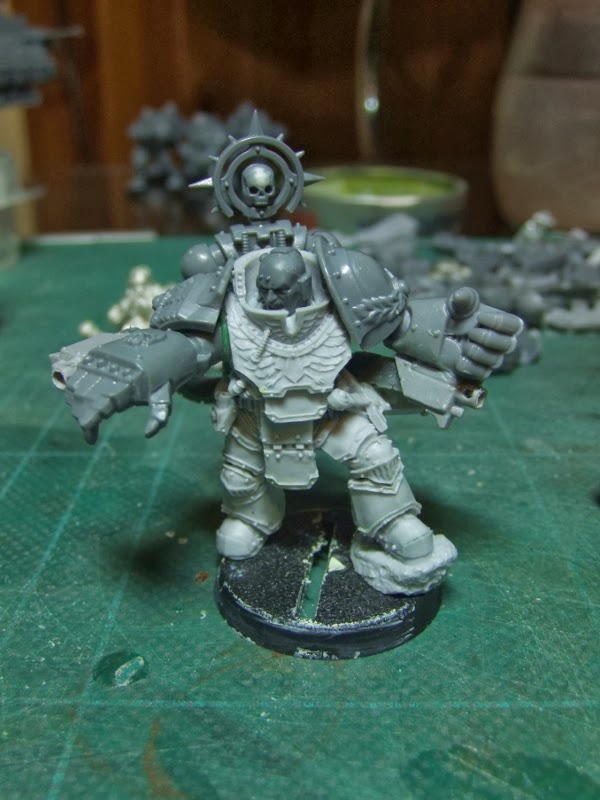 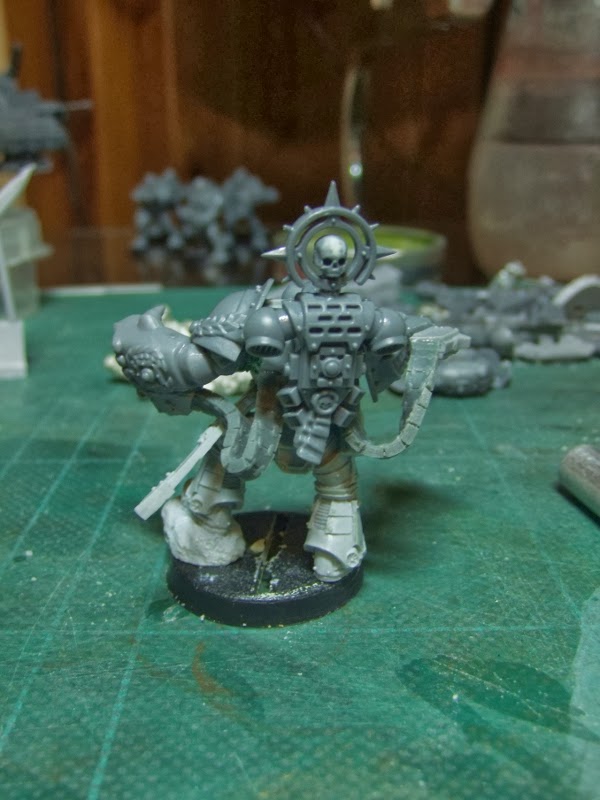 Using flexible ammo chutes from Zinge Industries to do the ammo belts to the bolters and using the pre hersey Praetor from FW for the body.