Work on the carapace has progressed, all the scroll work is done, not taken a photo yet and it is currently hidden under the masking tape so I will mark that down as a to follow :)

A friend of mine Drew vectorised the Legio Invigilata symbol as i was originally going to airbrush it by making a stencil, however the stencil making was more hassle that it was worth, still thanks to Drew for doing the image, I still used it as a guide for freehanding. 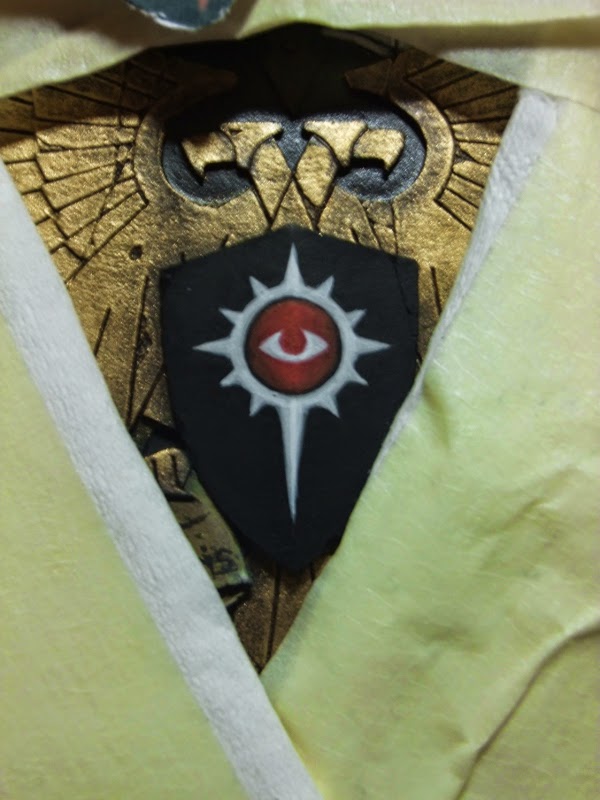 It is not perfectly symmetrical but it is on a ridge so it looks much better when looking at it in reality, that said I think it still looks fairly decent in the picture.  Just need to do the 2 red lightning bolts and done.