Well it did nothing but blood rain all weekend and my walk into work this morning had me ankle deep in mud and water as the River Lemon had broken it's banks over the weekend.  The bad weather meant I had no option other than to work and paint, So I did a little of both but I won't bore you with the finer points of law and instead woo you with a picture 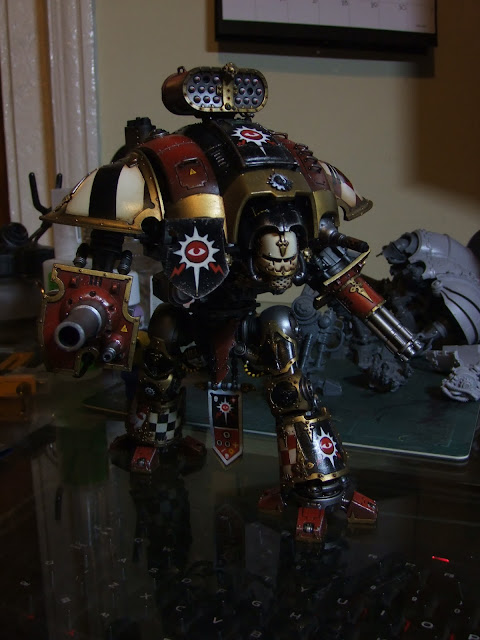 Base is also built and drying.  Once I attach the knight I will add some weathering powders and general dirt and grime to the lower half of the model but other than that I am calling that done, I have even started on a Knight Gallant (seen in the background of the above photo, being made from the Magaera kit of which I have 2 but have since realised that the rules are a little average and I would rather spend the points on other knights, no big loss, I still get to use the sexy kit :D