The Mutilation of the Masses

The Gallant is finished other than the base however I have made a decision to batch paint the bases to save time and gain some uniformity.  Therefore I will do them in threes as the next knight will need to be attached to the base in order to stand up as I intend a pose with a degree of movement.

next knight has been commenced...... 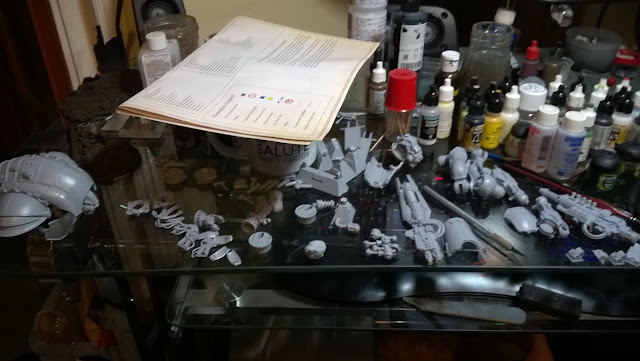 it is the new Atrapos knight and one hell of a nice cast, I have had a couple of minor mold slips to rectify otherwise it is perfect.....I love me some perfect castings for sure.

I have decided to name it "Kolobos", which I was always led to believe was ancient greek for the verb "To mutilate" not having ever studied greek let alone ancient greek I can't confirm or disprove this but that is irrelevant, it is a super cool name to me in any event and who is to say that Kolobos doesn't mean to mutilate in some far off long lost Knight World......rule of cool applies

This was the kit that drew me back into the hobby after my hiatus.....and it is fooken lovely!