Before I can tackle other things I need to get the knights finished.  So I have jumped straight into the next lancer.  Iapetus.  The name was chosen because the name Iapetus was the name of one of the titans from Greek mythology it also loosely means "The Piercer" and derives from the Greek word to wound or pierce iapto (ιαπτω) so to me it seemed rather fitting.

The cast on this was less than perfect so I spent most of the weekend fixing miscasts.  Usually I would just send them back to FW and ask for replacement as they are nothing but exceptional when it comes to things like that.  However due to the time passed since I purchased the lancers on release and the fact it is xmas I may have been waiting for a while so I just got on with it myself.

This lancer will probably be the most challenging knight to photograph because of the stance it looks a lot like it is falling when photographed however it is not. It gives me personally the impression of it lunging forwards parrying incoming blows seconds before delivering a counterstrike of course I may have rose tinted glasses on here.

So pictures of the tacced lancer and the WIP base 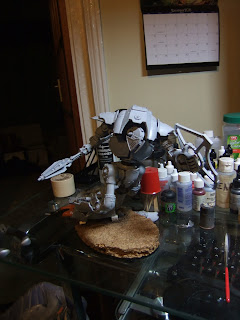 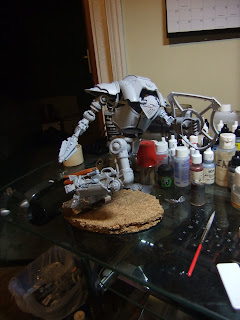 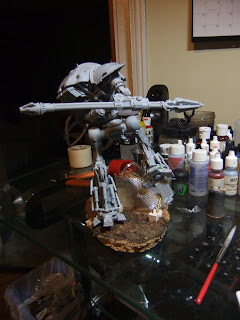 I have also added to the base although disassembled the lancer for painting so here is the base on its' own, the large area of cork will be tarmac and I want to stencil on some markings to fill in the space 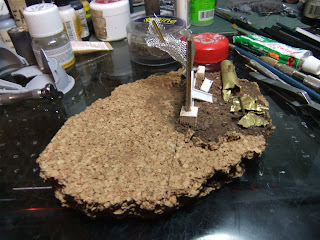 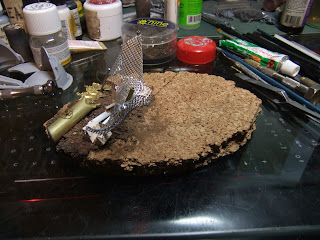 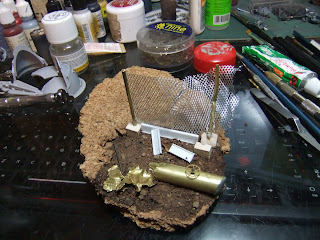