Space Wolves pushed to one side as there was no way I was going to get them all done in time for the beginning on September without rushing them and as I am enjoying them too much that was not an option.  So reverted to my Imperial knights and trying to get them finished instead.  Far easier ask.....

Over the last week I have been working on Ixion (the Acheron) and Iapetus (the Lancer) and guess what........subject to the bases being painted they are both done and I have a substantial little force of knights to rock it at Throne of Skulls, will most likely take some of my other gear with so I can alter my list if knights are boring having never actually used them :D


First up Iapetus, the electrical effect on this guy's gear is far superior to Gungnir's Wrath 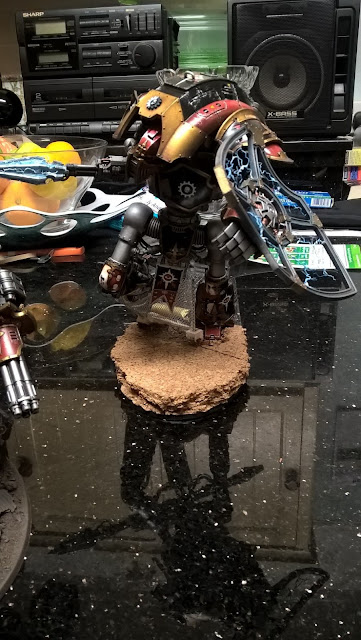 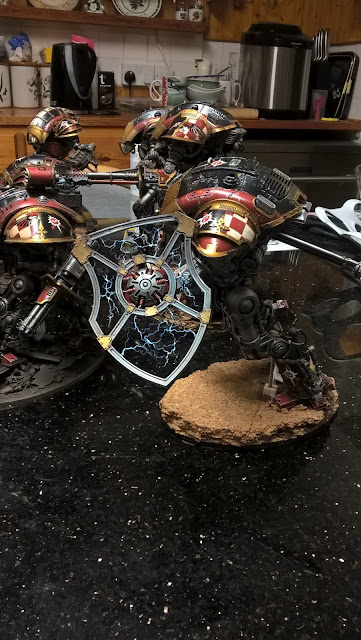 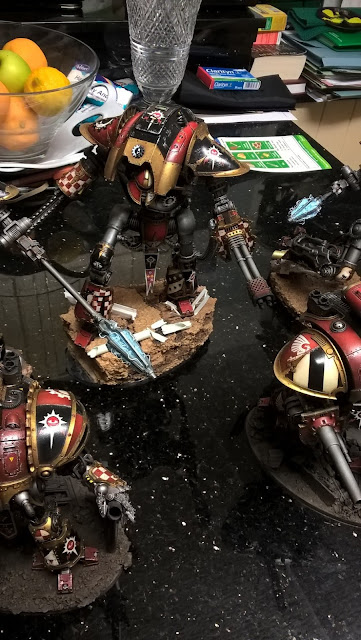