The Cyclops of Prospero Evolved

My original idea for the Magnus has evolved to something rather different than first envisaged, very much in keeping with the transient nature of the subject matter, Tzeentch being the master of mutation and change.

So it was originally envisaged by me that I would do a Thousand Son style head dress for him, I started making it from plasticard and although was decent it just looked out of place, so I binned it.

I then started thinking of alternatives, and for some reason a mix of Pan from Pan's Labyrinth and Tim Curry's character from Legend began to formulate in my mind.  I also decided that I really liked the mouth and chin of the stock face and decided to retain it.  Obviously wanting to keep with the Cthuhlu influence I kept some of the tentacle beard, tentacle mutton chops it was..... 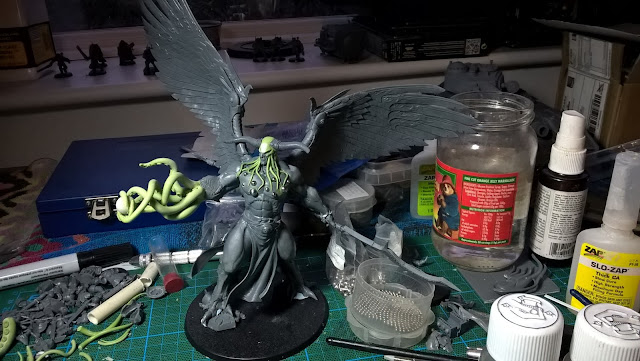 I had also added in 9 eyes onto his chest.  Down side of the above model was that there was little of interest on the head, just a bald dome, so I started thinking of Peloquin from Nightbreed and felt that it would give him a "mane" similar to the stock model whilst being suitably altered and unique. 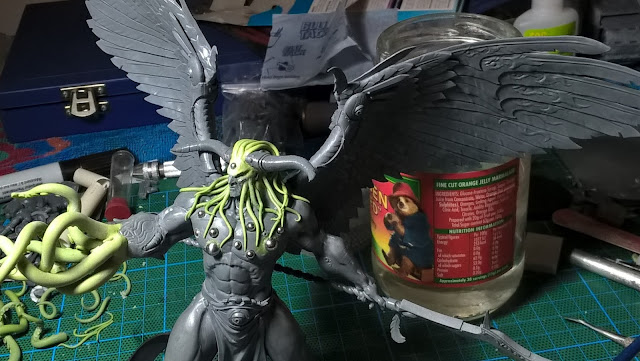 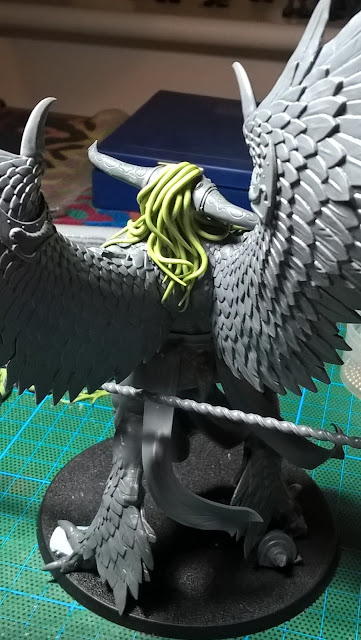 I am happy with the final result, let's hope that the painting is suitably good to showcase the conversion.  Few more models to build and I am ready to paint! ﻿